Airlift Trailer Review: No One Does Play This Role Better Than Akshay! - InspectSpot Media

Airlift Trailer Review: No One Does Play This Role Better Than Akshay! 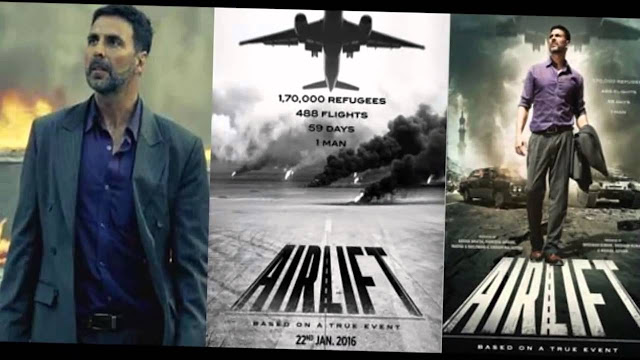 There is a virile vividness about the trailer underscored by the presence of a hero who is at once strong and vulnerable. Akshay Kumar’s incredible and growing-with-every-film screen presence is increasingly being used by filmmakers to create a historical perspective in our cinema. We saw him tackle global terrorism with unostentatious panache in Baby.

In Airlift it’s a more intimate chunk of thrilling history chosen to spotlight the actor’s ability to be so convincingly and unconditionally heroic during times of unmitigated stress. As Akshay tells us , this is Kuwait in August 1990 when a trigger-happy lunatic decided to take over leaving 1 lakh 70,000 Indians stranded in  the grip of a stunning siege.

This is the story of an Indian businessman Rajat Katiyal  who takes it on himself to carry the Indians stranded in Kuwait to safety .What impels men like Katiyal to assume a heroic role under duress?

The trailer of Arlift answers this question in a very direct way: when calamity strikes, heroes come up on their own volition.

The smartly executed action sequences and Akshay Kumar’s towering presence indicate the arrival of an important new director Raja Krishna Menon . The packaging of the material is so precise and unapologetic we get the feeling of being there during the time of the action. The trailer is shot with tremendous savoir-faire, going neither overboard with the thrillers, nor downplaying it just to seem cooler than Argo.Or Baby.

One hopes the other characters are fleshed out with as much care as Akshay’s. In the trailer it’s Akshay’s heroism-under-pressure all the way.