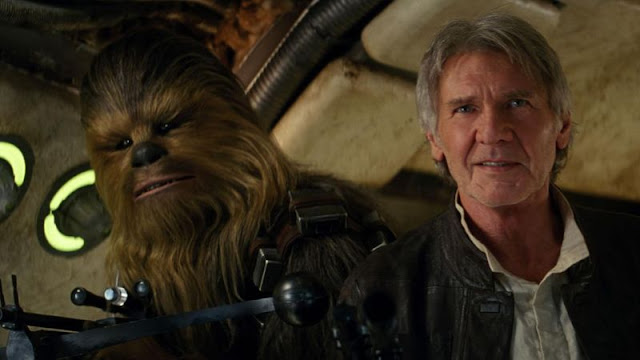 It was as inevitable as eating too much turkey on Christmas Day, and now ‘Star Wars: The Force Awakens’ has passed the $1 billion mark.

It took the J.J. Abrams film just 12 days to do so, beating the previous record - set by this year’s ‘Jurassic World’ - to become the fastest ever film to take a billion at the box office. It only beat the dino adventure by one day, mind.

While it’s hard to compare the popularity of the ‘Star Wars’ franchise to that of ‘Jurassic Park’s’ it’s perhaps more impressive that the space adventure has done it without having been released in China - a boost that aided ‘Jurassic World’s’ huge, quick success.

Along the way, ‘The Force Awakens’ is smashing records left, right and centre, setting new UK opening weekend totals, and can now boast to be the biggest US Christmas Day box office earner in history with $49.3 million.

The current worldwide total, as it stands, is at $1,090,573,329, with that number rising by the day.
It wouldn’t surprise anyone if the film goes on to challenge James Cameron’s ‘Avatar’ as the highest-grossing movie of all time, but it’s still got some way to go to match it.

‘Avatar’s’ incredible $2.8 billion haul was due to the longevity of its cinema run as well as a re-release, which ‘The Force Awakens’ could conceivably do. Some are suggesting a Director’s Cut could emerge next year, with around 20 minutes believed to have been cut from what we’ve seen at the cinema available.

Can J.J. Abrams and co. actually do the impossible and topple James Cameron’s ‘Avatar’? Only time will tell.