A Walk in the Woods Movie Review - InspectSpot Media

A Walk in the Woods Movie Review 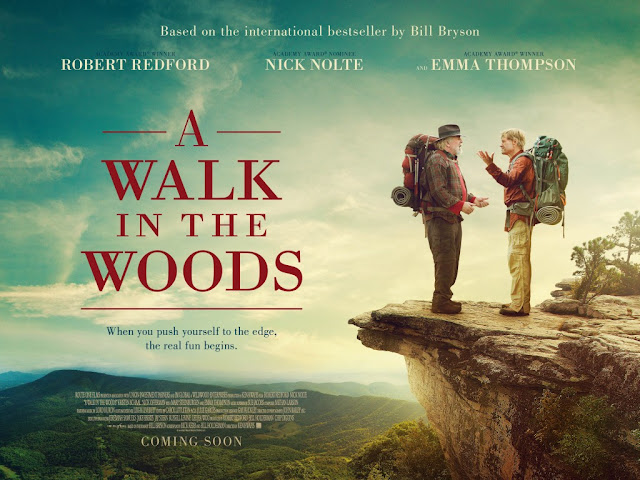 Parents need to know that A Walk in the Woods is a dramedy -- based on Bill Bryson's nonfiction book -- about two older men (played by Robert Redford and Nick Nolte) who decide to hike the Appalachian Trail. Language is the biggest issue, with frequent uses of "f--k" and "s--t," as well as strong sexual references/innuendo and stories of sexual exploits. An amorous couple kisses while driving a car, and she disappears below the seat to (it's implied) perform oral sex. There's some flirting, and a man gets in trouble with a married woman's husband, who wields a baseball bat. Characters fall off ledges, there's some arguing, and bears wander into a campsite. One character is a recovering alcoholic and tells stories of being drunk; he carries a bottle of whisky, but doesn't drink it. Minor characters are shown drinking and driving.

After living all over the world, travel writer Bill Bryson (Robert Redford) finds himself back in the United States, semi-retired, giving inane TV interviews and attending one funeral too many. He decides to hike the 2000+ mile Appalachian Trail, despite warnings that he's too old and could die. His wife (Emma Thompson) agrees, on the condition that he not go alone; the only friend crazy enough to volunteer for the adventure is grizzled ex-alcoholic Stephen Katz (Nick Nolte). On their journey, the two hikers encounter everything from rain, snow, and mud to annoying fellow hikers, angry husbands, hungry bears, and tricky ledges. But they also find a few majestic places and quiet moments that remind them of what it means to be alive.

While this movie could have been an overly earnest drama or an embarrassing slapstick farce, it settles somewhere comfortably in between. It's inconsequential, but it should please fans of codger comedies. Director Ken Kwapis, a veteran of TV series and lightweight comedies, mainly keeps things on an even keel. Even if Kristen Schaal (as an annoying hiker) and Susan McPhail (as a cheating wife) are witless diversions, the movie usually veers back on the trail quickly enough.

Potential dramatic pitfalls are handled lightly or simply left behind. The wonderful Mary Steenburgen plays a hotel proprietress who makes eyes at Bryson, and Katz has a close call with an alcoholic episode. The movie's strength is in the relationship between the two men, with Nolte's comically gruff performance providing the anchor. They sometimes argue and other times share memories, but their bond is largely unexplained and unspoken.